"Look at the number of people that get together to discuss soil and soil health. About 25% of life lies beneath our feet." João Campari, WWF Food Lead

For the first time, the COP27 links agriculture to climate change by featuring a food systems pavilion. During the pavilion’s thematic day BOOST nature positive production and soil health on November 11th, food systems actors discuss the question of how soil can fulfil its essential role in the two interlinked goals of food security and limiting global warming to 1.5C or lower. The Coalition of Action 4 Soil Health (CA4SH) presented the CA4SH Soil Health Resolution as a way to achieve these goals. In addition, on November 12th, an international pledge was made to the Global Fertilizer Challenge under leadership of USAID and including the European Commission, Norway, Germany, and the Netherlands.

This article describes the key themes, actors and solutions discussed during the day. The full recording of the day can be found here. An overview of actors, commitments, resolutions, and initiatives related to soil health can be found at the bottom of this article.

Investing in healthy soils and forests

The kind of data we need is farmer-centric data, built around the farmers for what they need and for what they expect, for what they can provide as solutions to the planet's challenges. - Arianna Giuliodori, World Farmers' Organisation

Underpinning solutions for soil health, sustainable agriculture, and climate change mitigation is one thing: data. A main conclusion of the day’s sessions is that the collection and interpretation of data will lead to the best results for soil health when farmers are put in the driver’s seat. This was also a key insight from NFP’s session held during the 2022 Geodata for Agriculture and Water (G4AW) Conference.

Data inspires action and collaboration. Data informs farmers on how to sustainably farm their land and increase their production. Data is needed to develop the carbon market. Without data, there is no evidence base. But attaining this data and using it to improve soil health, be it sourced from satellites or soil samples, is easier said than done. Multi-stakeholder collaboration in which farmers play a leading role is key to collecting data from all corners of the world and disseminating data to match different contexts. A wealth of different actors - such as CIFOR-ICRAF and ISRIC - are working hard, in collaboration with farmers, to develop data hubs and dashboards that facilitate data dissemination.

Actors in soil health have come a long way in finding evidence- and data-based solutions. But the global community has not yet come far enough. As remarked during a session co-hosted by our colleagues from Clim-EAT, technology that can be deployed to boost soil health is often already available. The missing component is money - and a lot of it. Earlier in the day Andrea Meza Murillo of the UNCCD stated:

We have the technologies, we have the knowledge. We need radical collaboration to see these goals happening.

Blended finance is an often named solution to money problems. Lori Kerr of FinDev Canada, points towards using blended finance to offset the cost of input needed to implement better agricultural practices. Another example she mentions is to encourage carbon offsets and carbon credits so companies can participate in carbon markets (see next section). Last but not least, there is a key role for (international) traders who source their produce from low- and middle-income countries: as buyers they can invest in sustainable agricultural production and support farmers by paying a fair price.

Promising avenues notwithstanding, the overarching message throughout the day is that farmers need to be paid. Farmers will invest in their land – as their primary asset - if they are enabled and empowered to do so.

Carbon sequestration, carbon farming, carbon credits: only the lucky few seem to really understand the terms and their implementation. But, as remarked by Stientje van Veldhoven of the World Resource Institute, even the lucky few still don’t know enough about what works and what doesn’t work for carbon farming, and in which contexts.

All terms meet at the carbon market. This market allows investors and corporations to trade both carbon credits and carbon offsets simultaneously, as done within Rabobank’s Acorn programme. According to many speakers at the food pavilion that day, the carbon market has great potential, both to reduce carbon and for farmers to complement their income. But it is still in development and investment in the market is currently risky due to fluctuating prices, as acknowledged by Berry Marttin of the Rabobank.

The avenue proposed at the food pavilion is to see carbon farming as part of a broader approach. Farmers have other objectives than trading in carbon – such as producing food for their family and the market. Carbon credits could be an added objective, as one of many finance mechanisms that can be used to pay farmers for their investment in system-wide solutions.

If you want to want to change the food system you need to work with smallholders – Barbara Baarsma, Rabobank

During this thematic day, throughout the COP27, and in this article, farmers are mentioned over and over. However, farmers seem to continuously be talked about, instead of engaged in conversation. This is not a new insight: the underrepresentation of farmers, especially from the Global South, and the overrepresentation of white male policymakers at the COP, has been critiqued for many years. But little seems to have changed – and the feeling of unease is palpable.

Despite this absenteeism, there are three key messages speakers (such as Arianna Giuliodori, Anuj Sharma, and Erin Fitzgerald) attempted to convey on behalf of farmers:

In upcoming COPs, we hope to see more farmer representation. As NFP, we encourage multi-stakeholder collaboration, in which all actors are represented equally. Together, these actors can make progress on all of the themes of soil health mentioned in this article – data, finance, carbon markets – and many more. This time next year, we hope that soil is no longer seen as dirt, but as essential to mitigate climate change whilst feeding the world.

The Dutch government has joined a group of high-level partners (incl. US, EC and others) that has generated new funding for fertiliser efficiency and soil health programmes to combat fertiliser shortages and food insecurity. 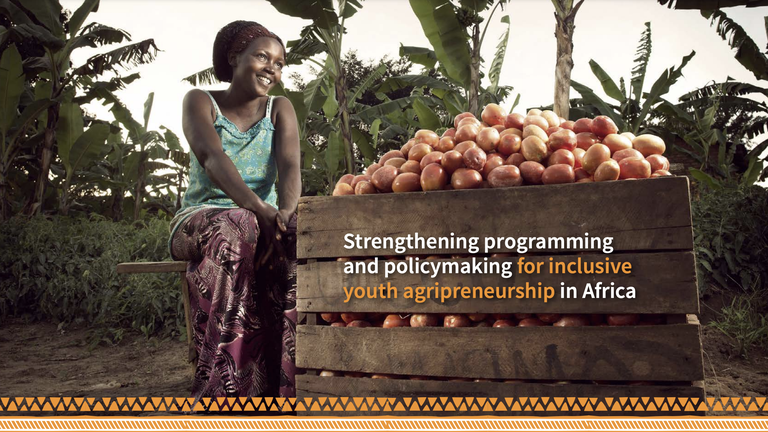 We are delighted to announce our new report and policy brief on inclusive youth agripreneurship in Africa which have been produced as the result of a collaboration between our partners The Broker, together with NFP and INCLUDE. 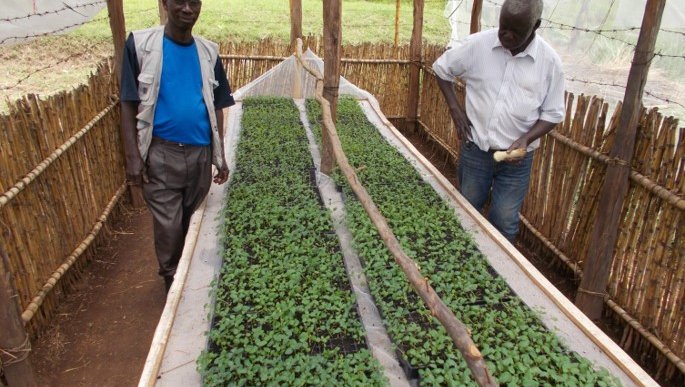 The outcomes of COP27 in relation to agriculture, food systems and nature were discussed at an online NFP network meeting on 12 December 2022. There was a mixed picture from both panelists and participants in terms of the outcomes.
See all news