In Conversation with UN Youth Representatives Eva and Evi

During their recent visit to the NFP Offices, we took the opportunity to sit down with UN Dutch Youth Representatives and young change makers Eva Koffeman and Evi Vet. Eva and Evi provided some fascinating insights on a range of topics, not least the importance of ensuring young people have a seat at the table when it comes to conversations around food systems transformation.

The Dutch National Youth Council is made up of eight young people divided into four teams, covering Human Rights and Security, Sustainable Development and European Affairs. At the time the interview took place both Eva and Evi were the incumbent UN Dutch Youth Representatives for the forth and most recently added theme, Biodiversity and Food. Eva has since completed her time in the role, although not before she was recognised for her efforts by being awarded as one of the Food 100 change makers of the year, which is annually presented to six individuals with the most special ideas or achievements on how food systems should change.

Eva: “What we aim to do is gather as many opinions as possible by speaking mainly with Dutch young people through guest lectures at schools, events and other dialogues. We try to find out their ideas, opinions, worries and dreams within the context of biodiversity and food. We also try to discover the big sentiments and deliver those ideas at an international level via UN conferences. We set up online stakeholder dialogues to speak with young people from a diverse range of backgrounds, for example young farmers, plant scientists, nature protectors, as well as the Slow Food Youth Network."

"What was especially interesting, was bringing young people together from different backgrounds, for example young farmers and those working in agrotechnology or sustainable farming for example, and seeing how they converse in a discussion and change each other's perspectives. It’s also interesting that even though there are different opinions, what we often speak about is the flexibility of young people."

"Even when they have their own ideas on what a good solution might be, most of our generation see that there is a problem and that food systems need to change and they are all very willing to adapt their own consumption habits and patterns. They all see the need for big changes in policy including at a national level."

Evi: “Last year was focussed on how we reach our allies, not only in the Netherlands but further afield. We were planning and hoping to visit the UN Food Systems Pre Summit and Summit, and in preparation we gathered as much information as possible from other young people and prepared a speech. However in the end we unfortunately weren't able to attend due to Covid. In addition we also speak at other events where there is a conversation and dialogue about food systems to bring the youth perspective into the discussion, to ensure young people have a seat at the table. Our goal is making sure we are listened to and our thoughts are included in the policy implementation."

Eva: "It’s always important to remember as a youth representative that it’s never about your own opinions. However, it's important for us to remind policy makers that there are young generations coming after them who all have ideas about how the food system should look and to show ambition and flexibility. I feel young people are generally more action oriented which I think is a great influence on the policy makers who eventually make the decisions."

Evi: "If you get into conversation with each other it diminishes polarisation, so my goal is for both ends to connect, policies and youth. Let them speak together, young people are the next policy makers and for current government, they will have to live with the rules that are made today. For example the food system in 2030 and what that looks like will depend on what the policy makers decide today. Everybody is saying it’s time for action now, but I’m not sure if anybody is taking the action, so I would love to see some action both from the policy side and the consumer side."

What we're Hearing from Young People

Eva: "One of the most common topics that young people often worry about is food waste. Another concern is true pricing, young people believe that in spite of their willingness to change there is a need for an external impulse or a financial incentive to help them make a good decision. For example taxing unsustainable products and making healthy foods such as fruits and vegetables less expensive."

Evi: "They don’t think it’s normal for conventional products to be so cheap, they like it on one hand because when you’re a student with not much money it can help. But they also see the problem both with the environmental price, as well as the labour cost. We also speak with a lot of young farmers who want to change by working with more nature inclusive methods, and upgrading their biodiversity on the land. However, there’s no reassurance they’ll receive enough money to maintain their farm and financial subsidies are quite difficult to get from both the financial sector (banks) and government. They would like this to change but it’s difficult."

We're in absolutely no doubt we'll be hearing a lot more from Eva and Evi in the coming years and would like to thank and wish Eva the very best in her short, medium and longer term endeavours. We also wish Evi the very best with the second year in her role, when she'll be joined by Eva's successor Wouter Ubbink. 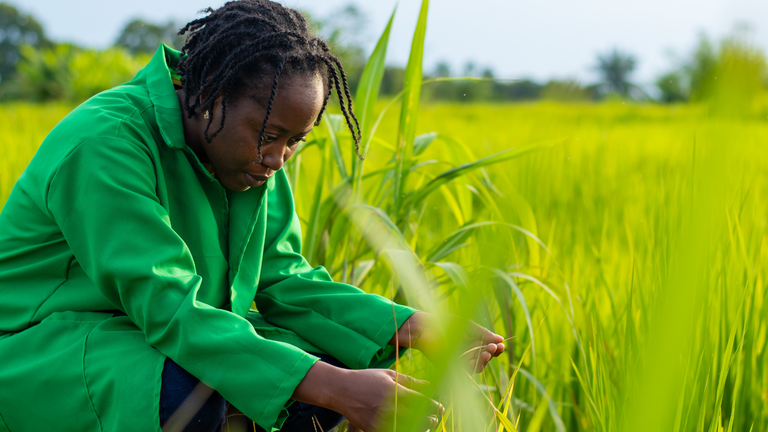 Maximising the success rate of innovations is important to contribute to efficiently use limited resources. According to researchers C. Leeuwis (WUR) and M. Schut (CGIAR), researchers can systematically increase the impact of their innovation with the Scaling Readiness approach.

CGIAR and Wageningen University have developed an online course to support organisations, project teams and their partners in developing a common understanding of innovation and scaling in the context of international development.

Last week NFP joined a preparatory visit to Indonesia, organized by the Dutch Embassy, with WUR and Nuffic Neso joining. This preparatory visit was held to get a clear understanding of the development of the food estate, as well as connecting with local stakeholders and identifying opportunities for Dutch actors in the private sector and knowledge institutes to get engaged.
See all news