Food and nutrition security are key domains of the new Dutch policy for Foreign Trade and Development Cooperation (BHOS). Last Thursday, June 30, NFP hosted an online policy briefing session during which a broad representation of the Food and Nutrition Security (FNS) network had a conversation about this new policy note. The session served as an opportunity to reflect on the policy from the FNS perspective, and it provided a space to share expectations and recommendations for the parliamentary debate about the new policy.

The session kicked off with a general introduction by Vanessa Nigten (NFP) who shared the main elements of the BHOS policy and the consultation process that preceded its presentation. The policy will focus on what works, building on earlier achievements: it reconfirms the objectives of the food security policy of 2019: end malnutrition, enhance productivity and incomes for smallholders, and build ecologically sustainable food systems. After this, Wilma van Esch (Head of the Food and Nutrition Security Cluster, Ministry of Foreign Affairs) added some context. While it is an important achievement to have the policy note, the real work will only start now, e.g. developing country strategies and implementing them. To realise these food security ambitions in the new policy “we need each other in the coming years”.

Several guest speakers pitched their view(s) on the policy and its implications for Dutch efforts to strengthen FNS globally. They expressed their appreciation of the persisting importance given to FNS in the policy note as well as to the efforts to ensure continuity in the programming. The guest speakers saw several opportunities for impact, amongst others via contributions by their LMIC partners and networks as well as through their collaboration in various multi stakeholder partnerships: Gabrièla Versteeg, Agriterra, reflected on the impactful role cooperatives can play as a means of contributing to developing the FNS sector as well as its broader potential and positive impact on international trade and development efforts. Gieneke Talsma, VNO-NCW, added that partnerships between private and public can play a vital role for impact, and highlighted that Dutch knowledge from various agricultural subsectors can contribute in view of the FNS objectives. Several guest speakers also welcomed the increased emphasis on the synergy between aid and trade and acknowledged this offers opportunity for greater policy coherence, in view of higher impact. However, the note missed the ambition to strongly embed sustainability and human rights in trade policies and to work with innovative finance in view of FNS goals, according to Nout van der Vaart (Food 4 All Coalition). Arine Valstar, NWGN, said they appreciated the attention for policy coherence, while noting that the mutual link between poverty and nutrition is missing in the policy note (the fact that investing 1$ in nutrition generates 16$ in benefits for health and productivity). NWGN also misses a reference to the food systems approach as a tool to enable agricultural sectors to address food security, nutrition, climate, biodiversity and water challenges in an integral manner.

Participants and guest speakers thereafter continued the conversation . From this conversation, and the concluding remarks by Myrtille Danse (NFP) several suggestions were identified that could strengthen synergy and impact of the policy in the field of food and nutrition security.

Overall the session delivered several interesting insights that may be used as valid input for the debate in parliament, as well as for the implementation phase thereafter. The session showed that many actors from private sector, civil society and knowledge institutions as well as the public sector see opportunities to collaborate with each other in order to achieve the ambitions of the BHOS policy once it has been discussed in parliament.

Do you want to be informed and become engaged in future policy engagement activities of the Netherlands Food Partnership? E.g. a debriefing session after the debate in parliament on the new FT&DC policy (date to be confirmed later), or briefing sessions later this year related to COP27. If so, please reach out to Nicole Metz, see contact details below.

Launch of the Seed Laws Toolbox

SeedNL is launching the Seed Laws Toolbox, a facility for small grants to address seed regulatory bottlenecks. A conducive seed regulatory framework is a prerequisite for a vibrant seed sector. Yet, in many low- and middle-income countries the regulatory system is still a key bottleneck, which is a major obstacle preventing quality seed of adapted varieties to reach small farmers. Typical issues are laws and regulations not being in line with regional and international standards, or issues around specific topics like variety release, appropriate quality assurance, seed business licensing and seed trade.

Agripreneurship is increasingly heralded as a solution to a multitude of global issues including climate change, food insecurity and youth unemployment. But what works when it comes to stimulating youth’s involvement in agripreneurship? How can development actors create an enabling environment for (aspiring) youth agripreneurs? How can youth, in all their diversity, be engaged in the conceptualisation and design of agripreneurship programmes and policies? These questions guide a new collaborative project, initiated by the Netherlands Food Partnership, INCLUDE, and The Broker. 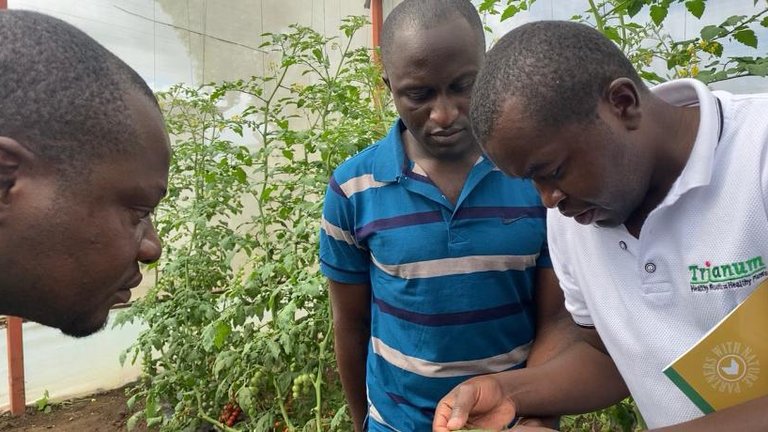 Three students from HAS University of Applied Sciences recently completed an action-oriented study in support of the collaborative capacity strengthening of horticulture companies in East Africa.
See all news