In September 2021, UN Secretary-General António Guterres will convene a Food Systems Summit (UNFSS) as part of the Decade of Action to achieve the Sustainable Development Goals (SDGs) by 2030. The Summit will launch bold new actions to deliver progress on all 17 SDGs, each of which relies to some degree on healthier, more sustainable and equitable food systems.

This meeting with the Dutch network builds on the three earlier information and networking meetings which were held in the course of the past few months, as well as on the outcomes of the Dutch National Food Dialogue. The meeting is the last general networking meeting in the run-up to the UN FSS Pre-Summit on 26-28 July 2021.

At the start of the meeting, chair Myrtille Danse expressed appreciation of the many activities that have been undertaken by Dutch network actors in recent months, all in their different roles and capacities. Key activity was the Dutch National Food Dialogue convened by the Ministries of Agriculture, Nature and Food Quality, Foreign Affairs, and Health, Welfare and Sports. The Dialogue report has been submitted to the UN and presented in a colourful magazine and a short after-movie. Another key activity was the Independent Food Systems Dialogue co-hosted by a group of partners and Netherlands Food Partnership, of which the feedback has been shared with the UN as well. 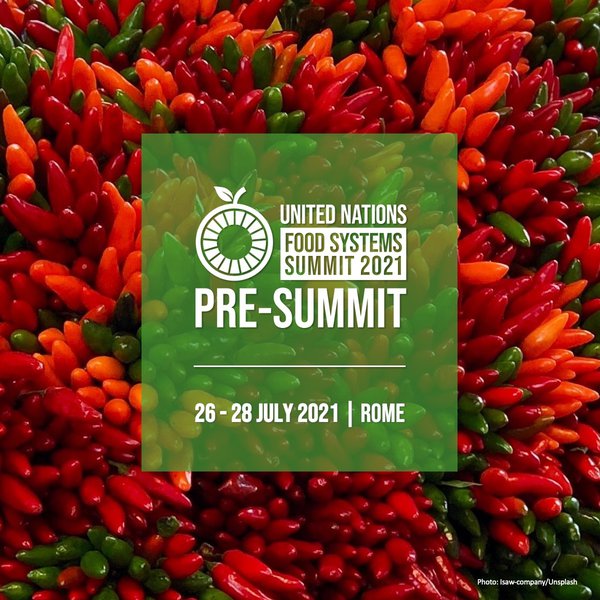 Guide to the Food Systems Pre-Summit

To help you find your way within the Summit information, Netherlands Food Partnership created a guide to the Pre-Summit in Rome (26 - 28 July). Including suggestions of activities to join, involvement of young participants, actions from the Netherlands and more. 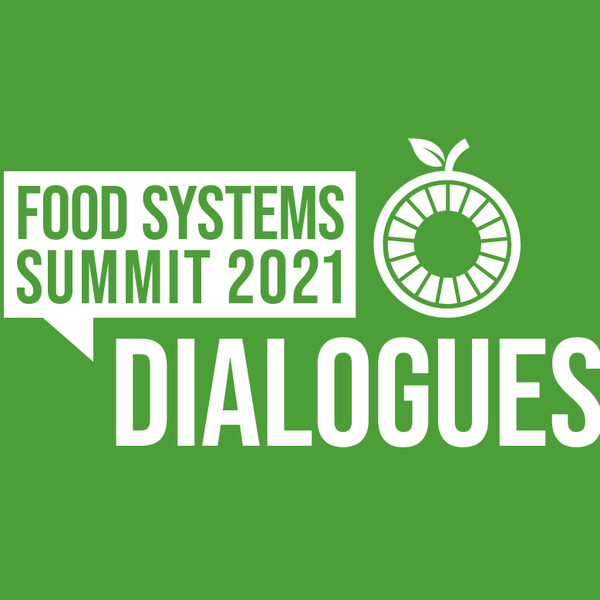 On May 18, 120 Dutch and international experts from various sectors developed recommendations for the action agenda of the Food Systems Summit during an Independent Dialogue. The official feedback report has now been published. 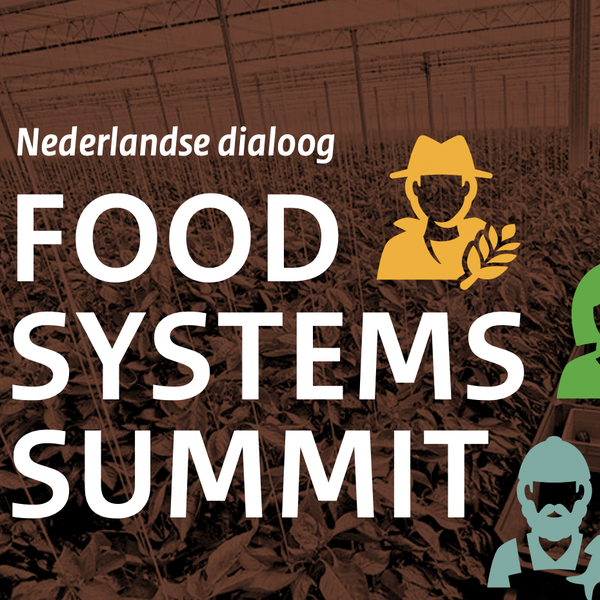 What were the outcomes of the National Dialogue?

The focus of this dialogue was on bringing the different aspects and stakeholders together in a comprehensive approach based on systems thinking. Outcomes have been captured in a magazine. 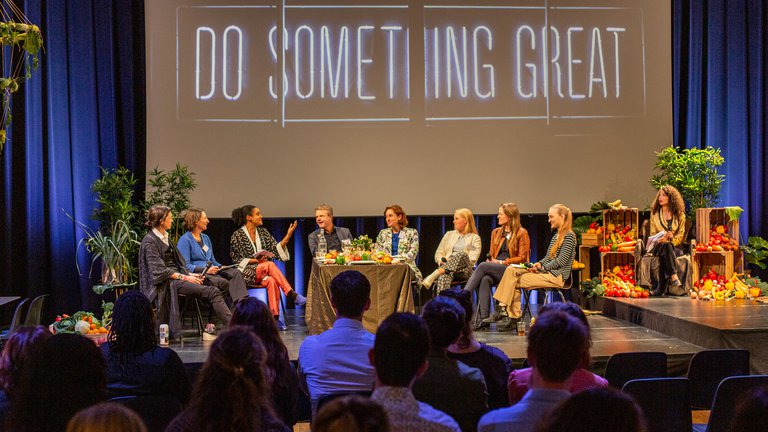 Last week we hosted our World Food Day 2021 - Refresh the Food System event, on behalf of the Ministries of Foreign Affairs and Agriculture, Nature and Food Quality. Three weeks after the Food Systems Summit, the event provided an ideal opportunity to reflect on the outcomes of the FSS and the pathways for actions to contribute to solutions for food system challenges. Member states in general, and the Netherlands and food professionals in particular need to define their actions towards 2030, with only 'nine harvests' remaining to achieve the Sustainable Development Goals. 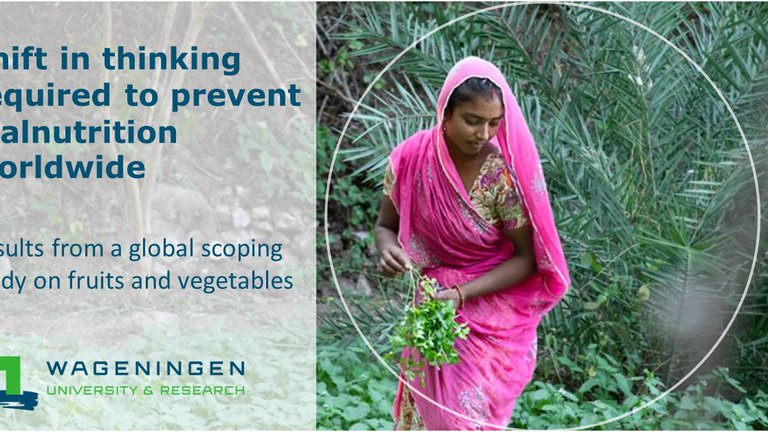 Results from the global scoping study on fruits and vegetables

Millions of people in Asia and Africa suffer not so much from a lack of food, but from a lack of healthy food. Simply put, fruits and vegetables are more expensive and less readily available than less nutrient-rich food. In addition, agricultural policies and development programmes have for too long focused almost exclusively on grain and vegetables like onions and tomatoes, and not on the much healthier leafy vegetables. This has to change, conclude Wageningen University & Research researchers in a study examining the state of vegetable and fruit consumption in low- and middle-income countries and the food systems of seven countries. 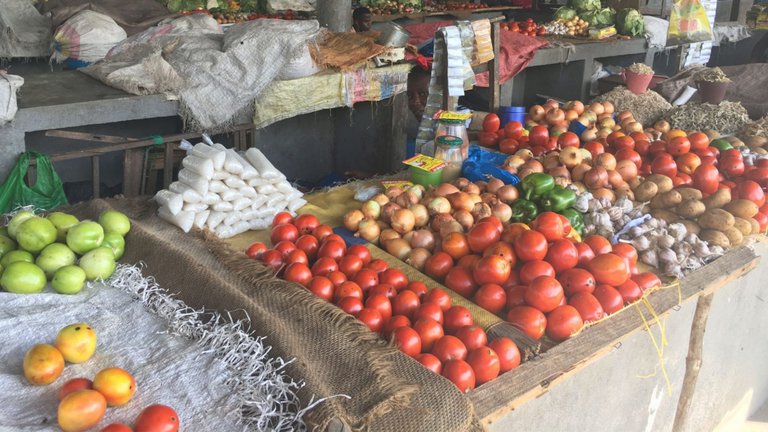 Increasing Awareness and Knowledge about Nutrition: A Practitioner Guide for SDGP and other PPP projects

In January 2021 the Netherlands Enterprise Agency (RVO) organised a webinar on nutrition improvement, offering information, tools and coaching for SDGP and other Public-private partnership (PPP) projects. The webinar was elaborated in collaboration with the Netherlands Working Group on International Nutrition (NWGN). All relevant information has been brought together in a Practitioner Guide for further support and outreach among SDGP and other PPP project teams.
See all news